Skip to content
This is the main course website. There is also a course Canvas site for uploading assignments.

The conventional terms [about poetry] are much worse than inadequate: they are positively misleading in their implication that the poem constitutes a “statement” of some sort, the statement being true or false, and expressed more or less clearly or eloquently or beautifully; for it is from this formula that most of the common heresies about poetry derive…. [I]t is highly important that we know what we are doing and that we see plainly that the paraphrase is not the real core of meaning which constitutes the essence of the poem.

… For the imagery and the rhythm are not merely the instruments by which this fancied core-of-meaning-which-can-be-expressed-in-a-paraphrase is directly rendered. Even in the simplest poem their mediation is not positive and direct. Indeed, whatever statement we may seize upon as incorporating the “meaning” of the poem, immediately the imagery and the rhythm seem to set up tensions with it, warping and twisting it, qualifying and revising it. (196-197)

… it ought to be readily apparent that the common goodness which the poems share will have to be stated, not in terms of “content” or “subject matter” in the usual sense in which we use these terms, but rather in terms of structure. (193)

The structure meant is a structure of meanings, evaluations, and interpretations; and the principle of unity which informs lt seems to be one of balancing and harmonizing connotations, attitudes, and meanings. But even here one needs to make important qualifications: the principle is not one which involves the arrangement of the varoous elements into homogeneous groupings, pairing like with like. It unites the like with the unlike. It does not unite them, however, by the simple process of allowing one connotation to cancel out another nor does it reduce the contradictory attitudes to harmony by a process of subtraction. The unity is not a unity of the sort to be achieved by the reduction and simplification appropriate to an algebraic formula. It is a positive unity, not a negative; it represents not a residue but an achieved harmony.

The attempt to deal with a structure such as this may account for the frequent occurrence in the preceding chapters of such terms as “ambiguity,” “paradox,” “complex of attitudes,” and — most frequent of all, and perhaps most annoying to the reader — “irony.” (195)

The essential structure of a poem (as distinguished from the rational or logical structure of the “statement” which we abstract from it) resembles that of architecture or painting: it is a pattern of resolved stresses. Or, to move closer still to poetry by considering the temporal arts, the structure of a poem resembles that of a ballet or musical composition. It is a pattern of resolutions and balances and harmonizations, developed through a temporal scheme.

Or, to move still closer to poetry, the structure of a poem resembles that of a play…. [M]ost of us are less inclined to force the concept of “statement” on drama than on a lyric poem; for the very nature of drama is that of something “acted out” — something which arrives at its conclusion through conflict — something which builds conflict into its very being. (203-204)

The characteristic unity of a poem (even of those poems which may accidentally possess a logical unity as well as this poetic unity) lies in the unification of attitudes into a hierarchy subordinated to a total and governing attitude. In the unified poem, the poet has “come to terms” with his experience. The poem does not merely eventuate in a logical conclusion. The conclusion of the poem is the working out of the various tensions-set up by whatever means — by propositions, metaphors, symbols. The unity is achieved by a dramatic process, not a logical; it represents an equilibrium of forces, not a formula. It is “proved” as a dramatic conclusion is proved: by its ability to resolve the conflicts which have been accepted as the donnees of the drama.

Thus, it is easy to see why the relation of each item to the whole context is crucial, and why the effective and essential structure of the poem has to do with the complex of attitudes achieved. A scientific preposition can stand alone. If it is true, it is true. But the expression of an attitude, apart from the occasion which generates it and the situation which it encompasses, is meaningless. (206-207)

Culturomics is the application of high-throughput data collection and analysis to the study of human culture…. Culturomic results are a new type of evidence in the humanities. (Author, 181) 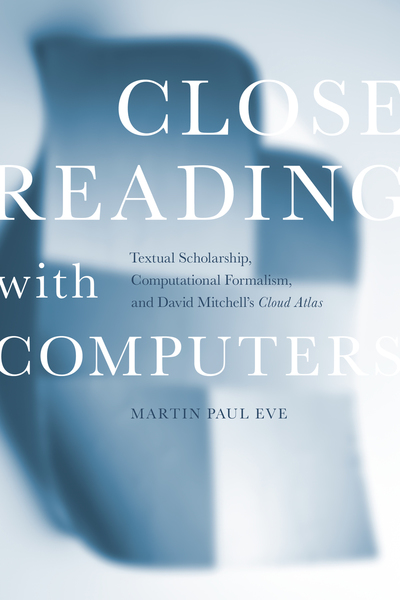 This is the main course website. There is also a course Canvas site for uploading assignments.