Data Portraits at the Paris Exposition, 1900 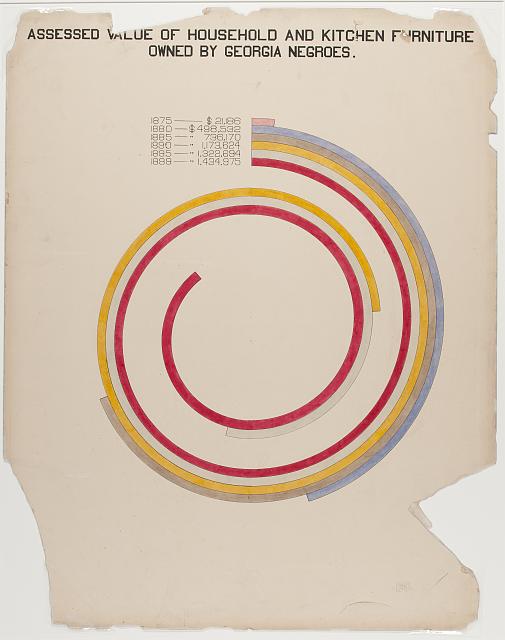 Gallon, “Making a Case for the Black Digital Humanities”

What does it mean to be human?

Recovery rests at the heart of Black studies, as a scholarly tradition that seeks to restore the humanity of black people lost and stolen through systemic global racialization. It follows, then, that the project of recovering lost historical and literary texts should be foundational to the black digital humanities.

How might […] a digital project be conceptualized from a standpoint that considers humanity as a social construction and subject to change over time and place? Accordingly, the black digital humanities promotes a system of change; [contradicting the tendency of digital tools to] deemphasize questions about humanity itself

Movements that protest the ongoing police brutality of black women and men, which began on “Black Twitter” and Facebook with hashtags such as #SayHerName, #BlackLivesMatter, and #ICantBreathe, continue black people’s centuries-old endeavor to make their collective humanity apparent to the world.

The Digital Schomburg, one of the earliest black digitization projects, demonstrates the power of reclaiming black humanity by recovering nineteenth-century black female writing and late nineteenth and early twentieth century images of people of African descent.

text mining allows Rambsy to recover Edward P. Jones’s use of cities, streets, neighborhoods, and city landmarks to reenvision forms of black humanity that are not completely circumscribed by racism

What does the Null Value say?
Manifest of the Schooner Dolphin, 1794

De-Humanization via the Management of Commodities

compilers of slave ship manifests participated in the transmutation of black flesh into integers and fractions. (65)

…Yet the De-Humanized Speaks

Neptune did not die for three hours, and he never stopped talking. His execution, originally published in Stedman’s five-volume narrative of his time in Suriname, almost immediately began to be remixed by abolitionists into eighteenth-century media, such as the Curious Adventures of Captain Stedman. (58)

Whether a figment of Stedman’s imagination or a real person, in the eighteenth-century white readers (users) found themselves confounded by enslaved and free black people’s ability to speak through superhuman circumstances of death and dehumanization. (70)

The Meaning of the Null Value

Neptune’s monologue, I argue, rests hand in hand with the shadowed spaces of empty cells, null values, and recalculated conclusions in the slave ship manifest. (70)

Black digital practice requires researchers to witness and remark on the marked and unmarked bodies, the ones that defy computation, and finds ways to hold the null values up to the light. (70-1)